Contact Us
View More Examples in the Work Gallery There are two boom arms, a primary and secondary. The primary arm is connected to the main pivot assembly

which provides a maximum of 192° of semi-circle rotation on a horizontal plane.

The primary and secondary arms are each connected to a double-articulated joint assembly.

This joint is unique to the WELDPRO 360 LRW-18P

Boom control only requires 90 PSI of compressed air and a 20-amp 120V circuit for locking and unlocking the rotation of the primary arm.

The Wire Feeder is mounted on a pendant at the end of the secondary arm.

We recommend wire feeders that are 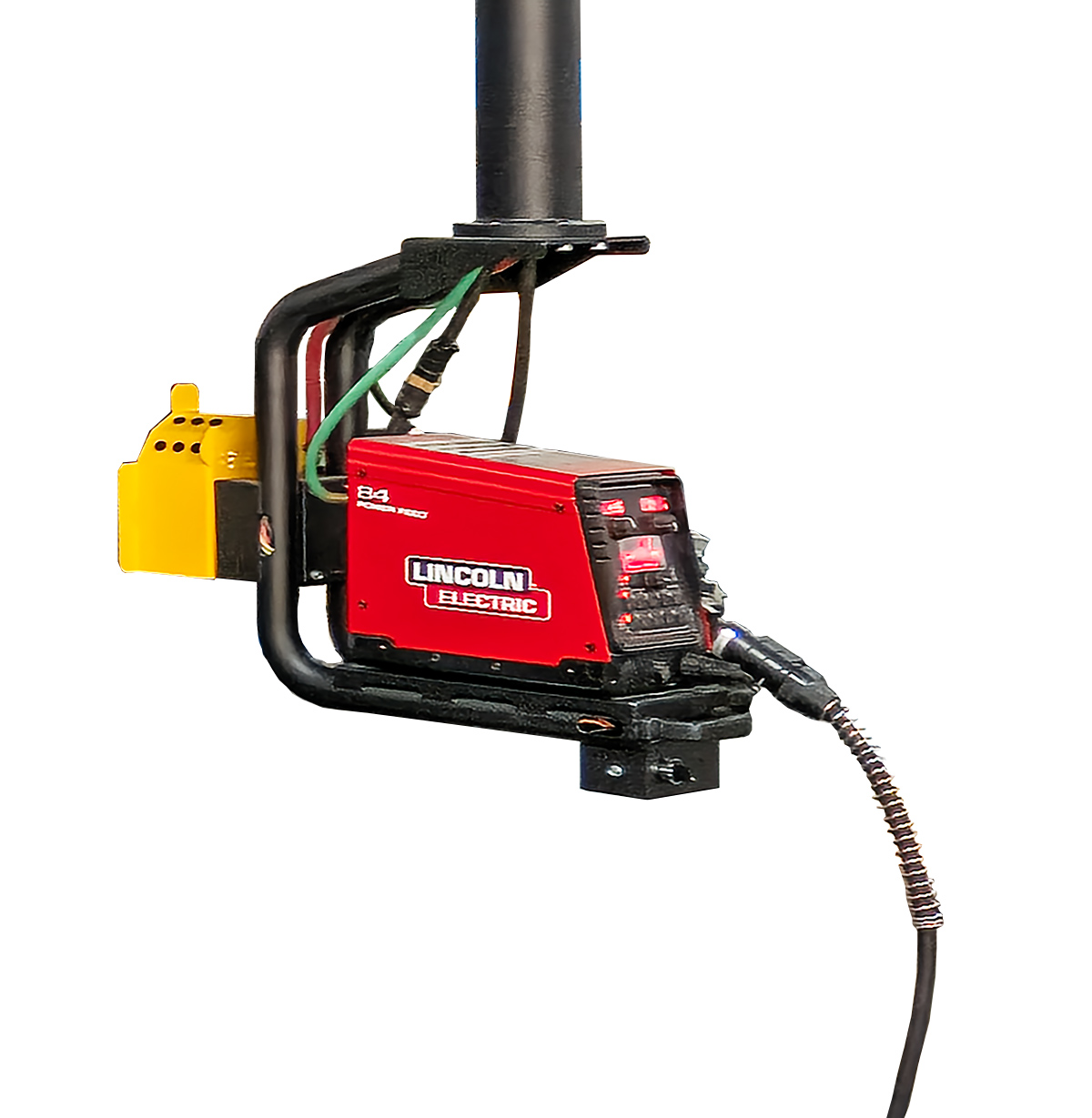 capable of controlling the power supply remotely. Boom/Arm controls are placed within arm's reach of the operator increasing their productivity and safety. 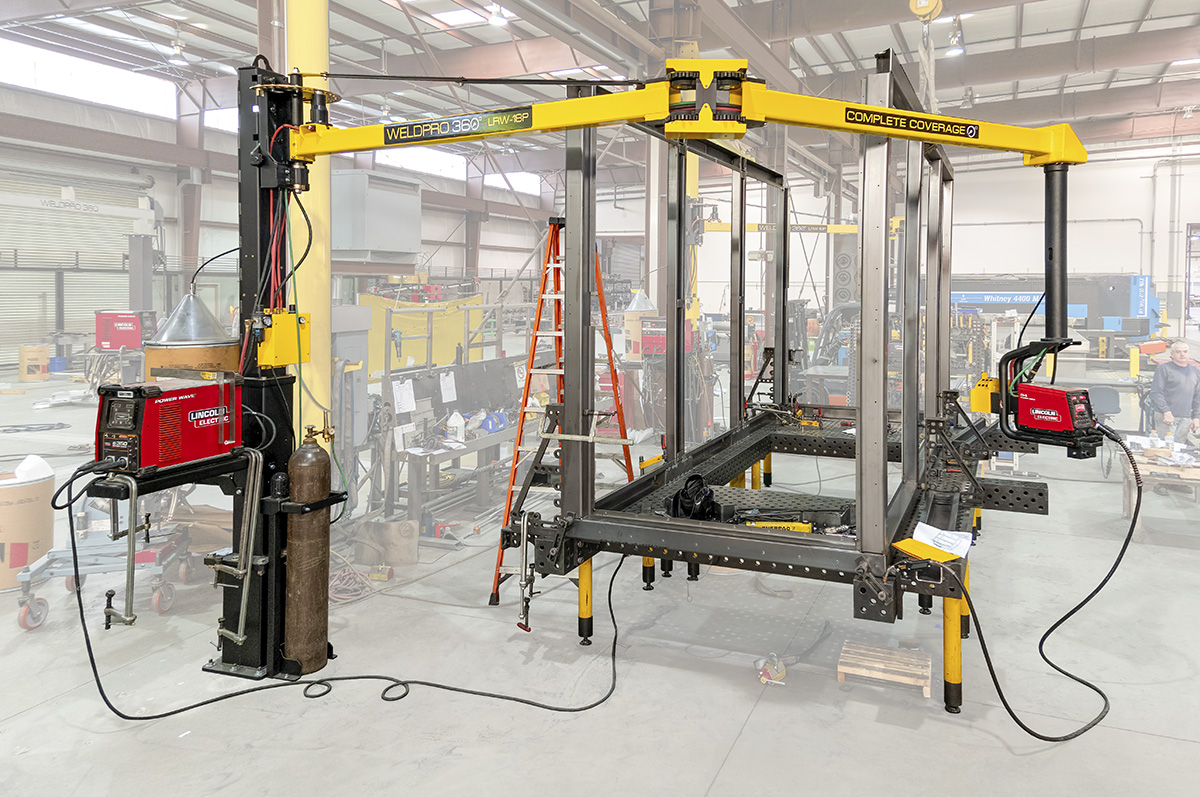